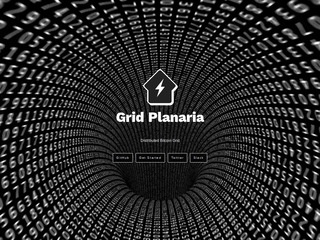 Grid Planaria is a programmable state machine which constructs itself by crawling the Bitcoin network.

Grid Planaria was designed as a replacement for Planaria Version 1. It is much more efficient, flexible, and powerful, and will eventually supersede Version 1.

Finally, Grid Planaria was built from scratch to be able to act as a host which powers many "Light Nodes", also known as Neon Planaria through Bitbus, forming a distributed global Bitcoin data grid.

There are three Planaria types:

If you have been using the Planaria version 1, that's not going away, it will keep being maintained for bugfixes, etc. But do understand that Grid Planaria is the future, and all public Planaria nodes will also eventually migrate to Grid Planaria.

2. Which Planaria to Use

Compared to the version 1, Grid Planaria is Minimal, Flexible, and Efficient.

Grid Planaria does its job and gets out of the way. It's just a simple library, not a complex Docker container (Ironically, this makes it easier to containerize it in much more flexible ways).

Instead of acting as a one-stop shop that aims to take care of everything, Grid Planaria only does what it's good at:

Unlike Planaria version 1 which came hardcoded with MongoDB, Grid Planaria doesn't make any assumptions about how developers use the framework. You can even run multiple databases.

By minimizing the API surface, it allows developers to integrate Planaria into their existing workflow or any other technology very easily. Also it's much easier to debug.

Grid Planaria is powered by Bitwork, a simple and powerful Bitcoin networking library.