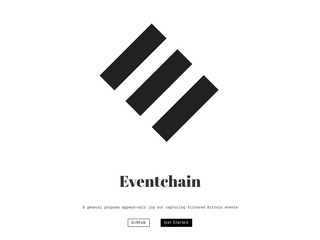 If Planaria is an event-driven application backend framework, Eventchain is a general purpose event log which filters and stores the events themselves in a file and leaves the rest to you: the developer.

There is no convention. There is no framework. There is no restriction. You simply read the self updating append-only log file yourself, whichever way you want, and process the events to build your own backend, your way. 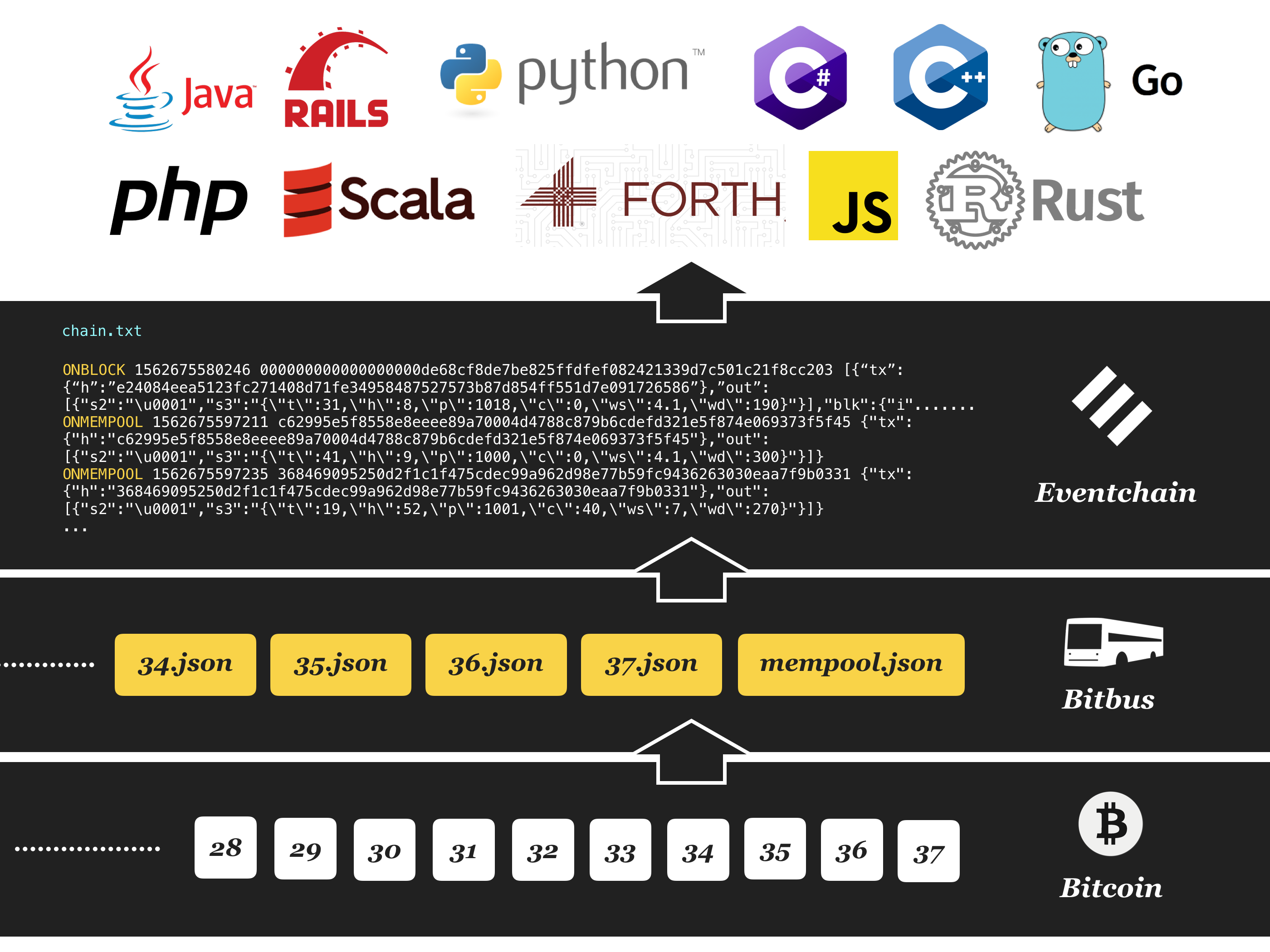 Do whatever you want, with whichever programming language you want.

Eventchain lets developers filter and capture Bitcoin events as a reusable append-only log file instead of firing once and forgetting. Because it's stored as a flat plain text file, you can easily:

Powered by Bitbus, Eventchain lets you build your own Bitcoin-powered backend WITHOUT having to run a Bitcoin full node yourself. The whole architecture is designed with the following qualities in mind:

Eventchain is powered by Bitbus at a low level. When you start an Eventchain, it first constructs a Bitbus, and then derives the corresponding linear chain of events from it.

Unlike Bitbus whose main purpose is to synchronize a subset of the blockchain on a per-block basis (590000.json, 590001.json, mempool.json), Eventchain is a single file (chain.txt) that stores the entire history in a linear log file.

This means you can easily:

Unlike Planaria which immediately fires events as they happen and expects developers to implement the event handlers to build a state machine backend, Eventchain simply stores the events in a file. And from there developers can do whatever they want with it.

This unbundles the processing of events from emitting of events, making it highly flexible and versatile.

In fact, the Eventchain itself is internally a self-contained Neon Planaria machine which autonomously updates the append-only log file.