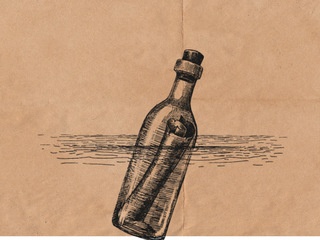 Did you know that you can upload files directly to the Bitcoin network, as permanent, immutable, and monetizable Bitcoin transactions?

These files can be all sorts of things like documents, images, and videos, and can be combined to make other things, like applications or interactive pages.

With files, you can publish things that reference one another through URI schemes.

And because it's on the blockchain, ownership is provable, the content is permanent, and it can be directly monetized forever.

Bottle is a browser that lets you surf the Bitcoin network for these things, and brings them all together through Bitcoin native URI schemes such as B:// or C:// (or any other protocols we add in the future).

Note that the address bar below uses a b:// address:, not HTTP or HTTPS. This HTML file is 100% hosted and served from the Bitcoin blockchain, and has nothing to do with where a "server" is located.

1. Build for the future
Many things we take for granted in the old "web browsing" experience--including the security model--no longer apply in the new world of Bitcoin.

The thing is, Bitcoin is NOT "the next web". In many ways it's completely opposite of what the WWW is, which is why Bitcoin is so powerful.

That's why it's more beneficial to start from scratch instead of forking an existing full-fledged browser built for the existing WWW, with many legacy features that can constrain future directions. We can create a new user interaction model optimized for the new Bitcoin world order.

2. Bitcoin-Native
Bitcoin has a fundamentally different architecture than the old web in many different ways, with built-in immutability, a self-contained authentication model, and natively monetizable/traceable files.

Instead of thinking from the old WWW mindset, we should think from a Bitcoin-native mindset.

Bottle can discipline us to publish Bitcoin-first documents, build Bitcoin-first apps, each interconnected to one another in Bitcoin-native ways.